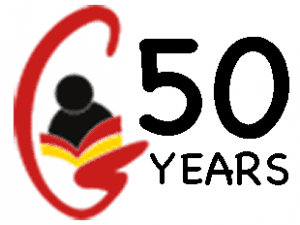 Our Constitution and By-Laws

The name of the Society is SURREY GERMAN LANGUAGE SCHOOL SOCIETY.

The object of the society is to promote and to assist with the funding and operation of the Surrey German Language School, and to encourage the maintenance of high standards of instruction at the school.

The operations of the Society are to be chiefly carried on in the Municipality of Surrey and Delta.

ARTICLE V Article IV of the Constitution is unalterable in accordance with Section 17 of the Societies Act.

Fees shall be payable by members in such amount and in such manner and at such time as may be provided from time to time by the Board of Directors.

1. Annual General Meetings shall be held in the month of September at such time and place in British Columbia as shall be determined by the Board of Directors.

3. Notice of the time and place of all General Meetings and the general nature of the business to be transacted shall be communicated in any manner permitted by these By-Laws to each member at least seven days before holding of the meeting.

4. Whenever under the provisions of these By-Laws of the Society notice is required to be given, such notice may be given either personally or by telephone or by depositing the same in a Post Office or public letter box by pre-paid post addressed to the member, Director or Officer, or by electronic mail to his or her electronic mail address, or by effecting delivery of written notice in any other way to his or her address as the same appears on the books of this Society.

5. No error or omission in giving notice of any Annual General Meeting or Special Meeting or any such adjoined meeting shall invalidate such meeting or make void any proceedings taken thereat.

6. A quorum for the transaction of business at any General Meeting of members shall consist of not less than twenty (20) percent of the membership but not less than five (5) members.

8. Any meeting of the Society or of the Directors may be adjourned to such time and place determined by the meeting. No notice shall be required of any such adjournment.

BY-LAW V Board of Directors

1. The affairs of the Society shall be managed by a Board of a minimum of 4 (four) Directors. The Board of Directors shall be elected by the membership at the Annual General Meeting of the Society.

2. The Directors of the Society may exercise all such powers and do all such acts and things this Society is by its Constitution or otherwise authorized to exercise and do.

3. No employee of the Society and no person who holds any office of profit under the Society shall be eligible to become a director. Each elected or appointed Director shall be deemed to be a member of the Society during his or her term of office for the purposes of the Society Act.

4. The office of a Director shall be vacated if:

(a) the Director dies or resigns in writing;

(b) the Director ceases to be a member;

(c) the Director holds any other office of profit under the Society;

(d) the Director is absent from three (3) consecutive meetings of the directors without prior consent of the other directors;

(e) the Director has served for a continuous period of 6 years, but may again serve as a director after 12 months from the date on which office was last held; or

(f) the Director is indebted to the Society for more than 90 days, unless he has made repayment arrangements which are acceptable to the Board.

5. Three of the Directors shall form a quorum for the transaction of business.

6. Directors meetings shall be formally called by the Chair (or in his or her absence by the Director duly appointed by the Chair). Notice of a regular monthly meeting shall not be necessary if all the Directors are present or if those absent have signified their consent to the meeting held in their absence.

7. Questions arising at any meeting of the Board of Directors shall be decided by a majority vote of the Directors present. Each Director at a Director’s meeting will have one (1) vote.

8. A resolution in writing signed by all Directors personally shall be valid and effectual as if it had been passed at a meeting of the Directors duly called and Constituted.

9. The term of a Director is deemed to be 6 years (effective at the next Annual General Meeting), unless the position has become vacant as under section V.4 and that the term of an executive (president, vice-president, secretary, treasurer) be two consecutive years within those 6 years.

10. Where a person ceases to be an elected Director for any cause, the Directors may appoint a person who is qualified to be a Director, to fill such vacancy until the next annual general meeting at which an election of Directors is to take place and this appointed Director can stand for the election. The Directors shall immediately appoint a member of the Society to fill the vacancy if the appointment is required to maintain the minimum number of Directors on the Board.

The Board of Directors may from time to time appoint professional consultants, committees and agents and authorize the employment of such other persons as they deem necessary to carry out the objects of the Society, and such officers, professional consultants, committees, agents and employees shall have such authority and shall perform such duties as from time to time may be prescribed by the Board of Directors.

The accounts of the Society shall be periodically reviewed in depth at the end of any given fiscal year (August 31st) as determined by the Board of Directors. The Board will appoint an external qualified accounting person. No director, officer may be appointed or may act in that capacity.

The Board of Directors may adopt a seal which shall be the common seal of the Society and may from time to time by resolution provide for its custody and use.

The Constitution and By-Laws of this Society shall not be repealed or altered or added to except by a Special Resolution.

1. The Board of Directors shall see that all necessary books and records of the Society required by the By-Laws of the Society or by any applicable statute or law are regularly and properly kept.

2. The books and records of the Society shall be open to inspection by members at all reasonable times at the office of the Society.

Robert’s Rules of Order are applicable to situations not covered by these By-Laws.

Contact us with any questions regarding learning German at our school.

We Are Here To Assist You